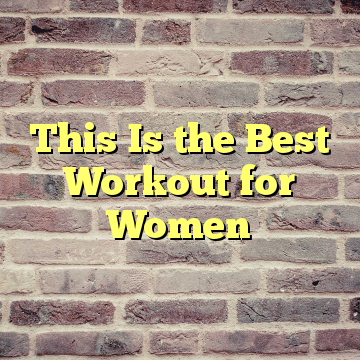 When it comes to exercise, the aerobic kind steals all the glory. All of the fun ways to sweat can help you get the government-recommended 150 minutes of aerobic activity each week, like swimming, volleyball, brisk walking—anything that speeds up your blood flow and breath.

Less appealing is the other, more neglected kind: strength-training. While about half of Americans meet the goals for aerobic exercise, only 20% do the recommended muscle-strengthening activities that work major muscle groups. Women, especially, tend to shy away from it.

But they neglect it at their own peril. Strength-training significantly lowers the risk for type-2 diabetes and cardiovascular disease, finds a new study published in the journal Medicine & Science in Sports & Exercise.

Scientists (and anyone else who’s ever pumped some iron) have long known that strength training makes muscles bigger. It also protects bones by increasing their density, an important perk for aging women. But more recent evidence shows that it also reduces BMI, which improves how the body uses insulin. A bigger muscle also means that glucose can get around the body better.

The researchers wanted to see if the lesser-known benefits of strength training, like these, actually influence a person’s risk of type-2 diabetes and cardiovascular disease.

RELATED: 57 Ways to Lose Weight Forever, According to Science

Using data from the Women’s Health Study, they followed nearly 36,000 older women who ranged in age from 47-98. The women filled out questionnaires yearly from 2000-2014 about their health and exercise levels, and one question asked women to estimate how much weight lifting/strength training they’d done per week in the past year. The researchers tracked which of the women got cardiovascular disease—including events like heart attack and stroke—and type-2 diabetes.

Whether a woman did these muscle-strengthening exercises or not predicted much about her health. “Women who reported participating in any amount of strength training were more likely to have a lower BMI, more likely to engage in healthy dietary patterns, and less likely to be a current smoker,” compared with women who avoided it, the authors write.

Strength training was also linked to a woman’s risk for the two conditions. Those who said they did any amount of strength training had a type-2 diabetes risk 30% lower and a cardiovascular disease risk 17% lower than those who did none, even after the researchers controlled for other variables like age, vegetable and fruit intake and physical activity.

Not surprisingly, adding in aerobic exercise helped drive both risks down even more. Those who did at least 120 minutes a week of aerobic exercise and some strength training had a type-2 diabetes risk 65% lower than women who didn’t do either.

More research is needed to determine the optimum amount of strength training for women and men to reduce their risks. But the study suggests that both kinds of exercise impart unique benefits—and that strength training has some serious scientific weight to it.